Kendall and I are HUGE Alabama fans.
I never really liked football until I started watching Alabama when I met Kendall. Over the years I have learned to LOVE Alabama football, and over the years, they have struggled with new coaches and bad football, but we hung in there and this year they have reminded everyone why we LOVE Alabama football.
Kendall and I got tickets to the Ms. State game in Tuscaloosa, and off we went.
We stayed at the hunting camp in Mississippi, and Saturday made the two hour drive to Bryant Denny Stadium.
But I had no hat, and the weather man was predicting 35 by the end of the game! Thank you to Kim on Shirley's Knitting Knook list who asked, "Leah, aren't you a knitter?" Well DUH!
So the three hour ride to the camp and two hours the morning of the game, I worked on this hat. I jut happened to find some crimson sock yarn I had made something out of years ago, in the bottom of that big ole foot locker. And this was the end result. 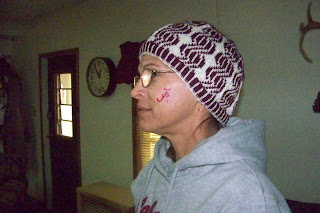 Here we are, almost ready for the game. I had my game face on.... 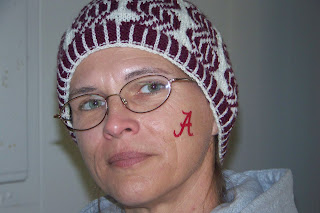 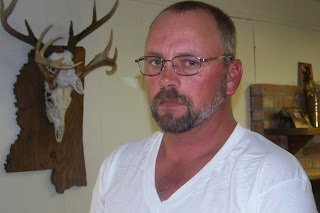 The drive down was nice, we were all excited and as soon as we got to Tuscaloosa, look what we saw, a beautiful rainbow, which I took as a very good sign for this game. 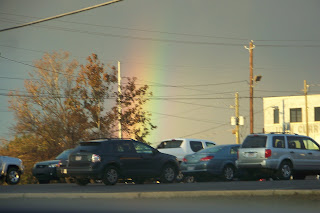 Then, there it was, my first ever glimpse of Bryan-Denny Stadium!
We were finally there! 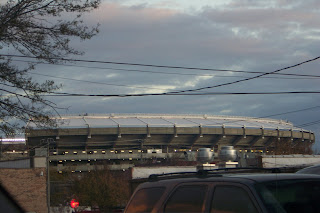 We had to walk a little ways from where we parked, and I was totally in hog heaven with all the Crimson Tide fans and stuff along the way. 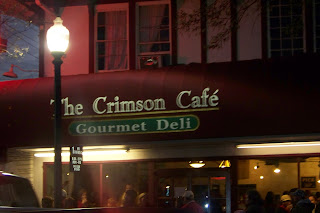 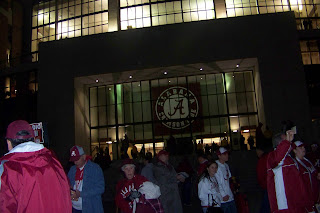 We finally made it to our seats, and as you can see, they were pretty good seats, I like to sit where I can see everything, just like watching it on t.v. From here we didn't miss a thing! 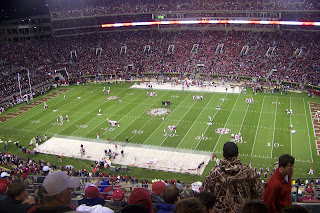 The score board befor the game. 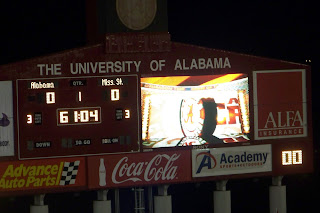 The team warming up, my first glimpse of the team! 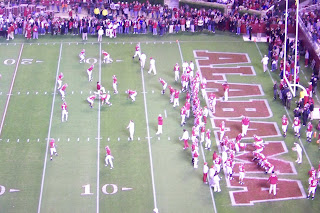 Then there was that awesome Million Dollar Band... 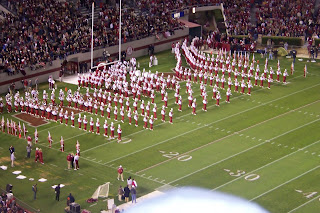 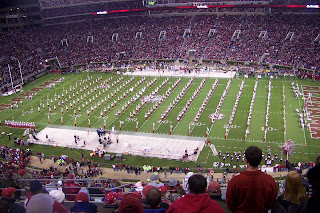 The crowd was rocking the stadium by now 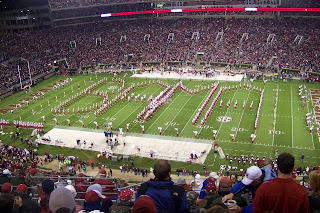 ROTC, this picture is for the boy too, he says he will be doing this by his second year there.. I hope so, a good reason to go to the game, to see my boy ;0) 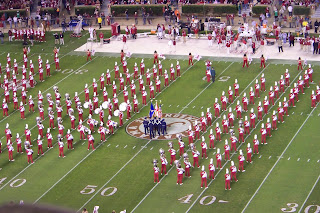 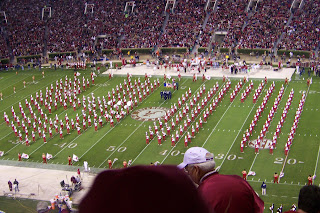 The team is finally on the field! 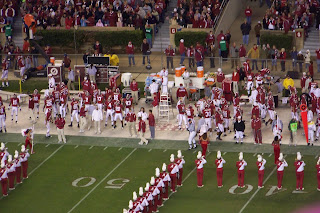 We were snuggled up and ready to watch the game. It was a great game and even though I was freeeeezzzzing, it was great fun, I think we will be doing more games next year. 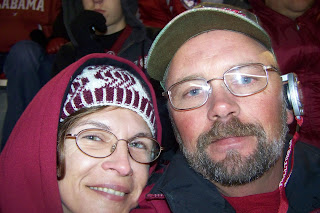